Independent School District #1 is Idaho’s oldest. Indeed, in 1863 Lewiston became the first community to pass a levy to support its public school. In May 1881, Sarah Vollmer and Fannie Poe were the first women to run for public office in the Idaho Territory, vying for seats on the school board.

After the school district curriculum was departmentalized in 1882, various educators – including Charles A. Foresman and W.O. Cummings – served as teaching principals and superintendents.  A lack of coordination and leadership led to a student strike in March 1888.

By 1898 the board of trustees had become convinced that a part-time superintendent was not in the best interests of the faculty and students.

On September 5, 1898, the trustees hired John D. McConkey, the rector of the local Episcopal church and past headmaster of  parochial schools in Walla Walla and Lewiston, as the first full-time superintendent, awarding him a salary of $30 ($850 today) per month. The board stated: “He is an accomplished educator, and the school board has been very fortunate in securing his services for such a modest consideration. The public school service will be greatly benefited by this new arrangement.” McConkey served for one term to allow the district to advertise for a professional administrator.

When Robert N. wright arrived from Astoria, Oregon, for the 1899-190o school year, the district had 11 teachers and 331 students.

* Several former superintendents have been memorialized with living legacies. * 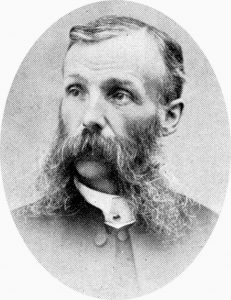